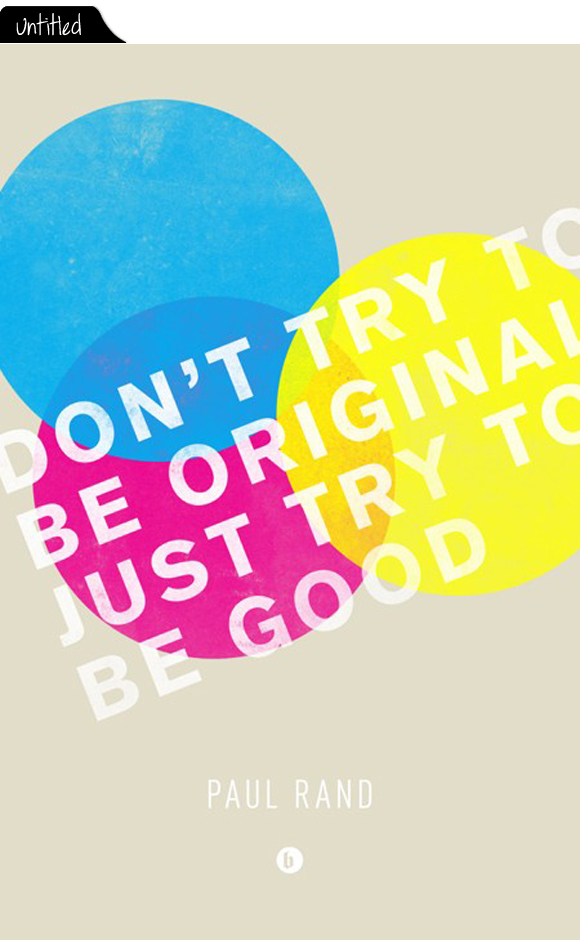 If you follow me on twitter you know the reason behind this poster right? It’s the perfect description for yesterday’s event. This is what happened: A bloggy friend of mine sends me an e-mail to let me know that two of my 1×3 Ways posts are posted on a blog without proper credit or link back to my blog; worst is, the person literally copied and pasted the post and just changed a couple of products. I mean, I understand that blog land is huge and that there are millions of bloggers but one thing is to feel inspired by a post and it’s elements and another different one is to steal the whole thing and let people believe it’s your work.

I had a short conversation with this person (my bloggy friend) about the whole thing and we chatted about how frustrating this is (sadly she has been in a similar situation and even more sad, she has been accused of copying). Sometimes when I ran into a post that looks similar to one of mine, it crosses my mind that the person “copied” my post, but I immediately come to sense and think that it would be too pretencious of me to think that way. I mean, who the hell am I? I’m not the only blogger with “x” idea. There are lots of other bloggers! Some that I might not know who they are, and tons who I’m sure don’t know who I am. My mom has always said that everything in this world has been invented, unless of course your are Ben from Pinterest, and other geniuses; but for the vast majority, I assure you there is another person in this world right know who’s also thinking about the floral trend, styling an item 3 ways, neons, pastels, skimmers, polka dots, stripes, art to fashion, fashion to art, the little white dress, starting their own etsy shop, taking painting, wedges, Kate Spade, Shopbop, Leif, gold, mint, Kelly Wreastler, colorblocking, who also reads Renifery 29, and receives e-mails from Shopbop and J.Crew, and who like you, likes to share her finds on her blog. So, as much as we all want to be considered the original ones, we have to understand that we’re not the only ones in this blog land who like a certain product; so instead of thinking “I posted about that too, she totally stole it” let’s think “oh I like that too, isn’t it great that we have that in common?!” After all, everybody has the right to post about whatever they want as long as they are nice to people, link back and credit sources, right?

But, this is not the case of yesterday’s event. This wasn’t the case of feeling inspired by someone’s work, no, it was a case of full plagiarism, and you know what? It sucks! I was in shock. I was in shock from the fact that some people just don’t have any moral values. In shock because I take time to style and make my posts and someone just stole the whole damn thing and posted it on it’s blog as it was her own creation. I do my best to give proper credit when I use images that are not mine, I even credit back people when they found a product I fell in love with (and which I’ll use later in a post), I believe I’m a good person (at least I try to be) and so I expect everyone else to be, but sadly I came to realize that this is not always the case.

The image below is my post and the blogger’s “version” of the post. The only reason why I’m posting it is to show you what I mean with plagiarism, what I mean with stealing, not copying. And the reason why I’m sharing this with all of you is just to remind you that we have to be better persons, we have to be good to people, we have to respect each other; let’s give the proper credit when required, let’s link back to the source, I can only imagine what a photographer must feel when seeing an image without the proper credit, work is work. And just be you, no matter what the other blogger is doing or posting, just be you. If you feel like posting about green, go for it, even if blogger A and B already did it, if you had the idea first but only had the chance to post it 3 days later go for it, we are here to express ourselves so we shouldn’t hold back in fear of being accused of a copycat. Having said that, don’t steal someone else’s work, it’s not cool at all.

PS 1: A huge thank you for all of you who jumped in on twitter for moral support, it meant a lot to me and I appreciate it.
PS 2: You can count on me letting you know if by any unfortunate chance you are in the same position, I got your back 😉 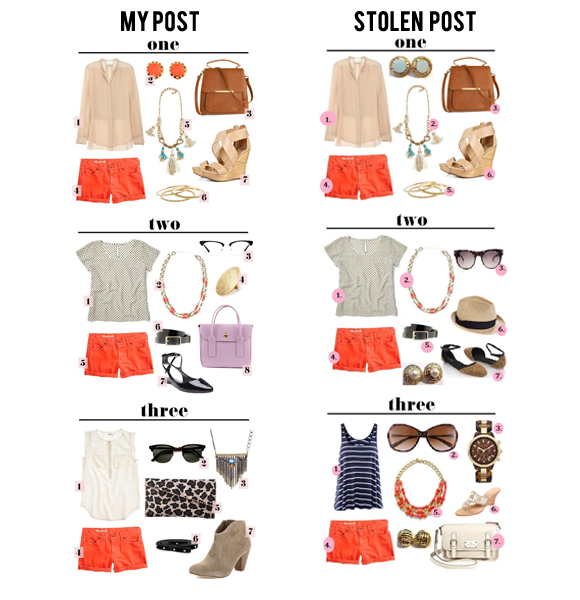 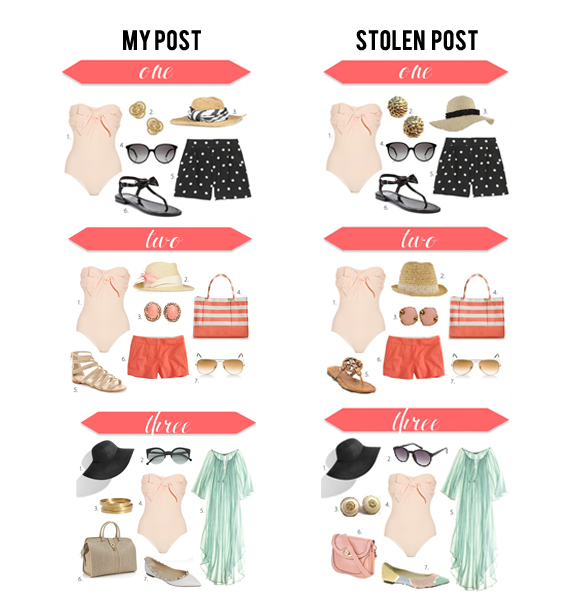