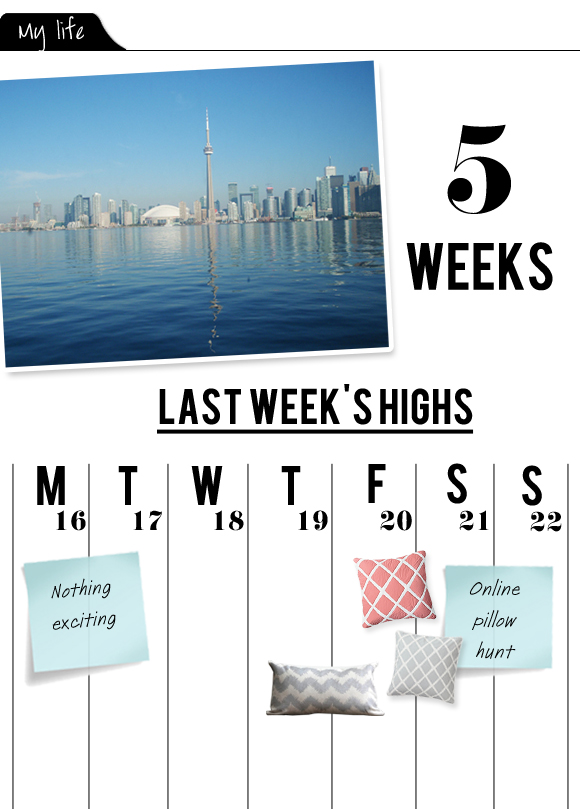 To be honest, last week wasn’t exactly a good one, but I’ll spare you the boring details because quite frankly it’s not that it was terrible, you know, just one of those weeks. I was supposed to run a race on Sunday but I didn’t go. As
much as I hate the feeling of being a quitter, I had to listen to my body. I think I took the right
decision because I was tired and I needed a break, plus, I still got 2 more races in the next 3 weeks and I really want to do good on them. One is a 10k
race on the path where I train, and the other one will be my last raid in New Caledonia 🙂

So, instead of running racing (I went for a lovely solo afternoon run), I spent my Sunday making pizza, baking cookies, and choosing pillows for our bedroom. I swear I have a folder with easily 50 different pillow images, and it has taken me forever to decide! But it looks like I got myself around it and narrowed it down to 4 options (or so). Husband thought they were too girly, and his reaction was “I sleep there too you know?” So I gave him 2 less girly options (3 and 4). Then he said I could do whatever I wanted because at the end I always do 🙂 Still not sure what I’m doing, what you think? Any favorite? The advantage of number four is having a neutral canvas in which I can easily switch it up by changing the lumbar pillow.